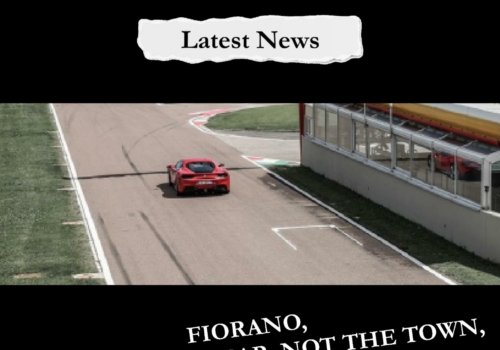 Newsletter 45: FIORANO, NOPE, NOT THE CAR, NOT THE TOWN, THE TEST TRACK!

As we are all probably aware, The Scuderia got off to a blistering start at the Bahrain Grand Prix circuit last weekend with a 1-2 finish.

This weekend is the Saudi Arabian GP, and all the signs are there to be fighting for a similar result.

Let’s all wish them the best for Sunday!! 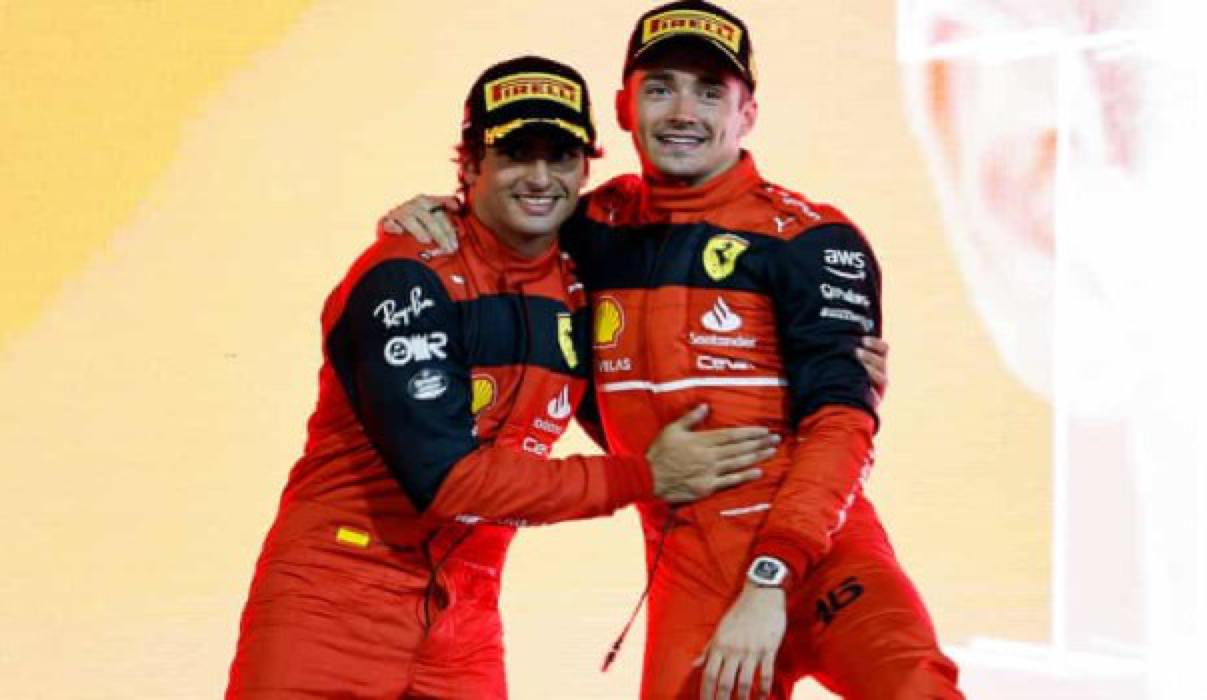 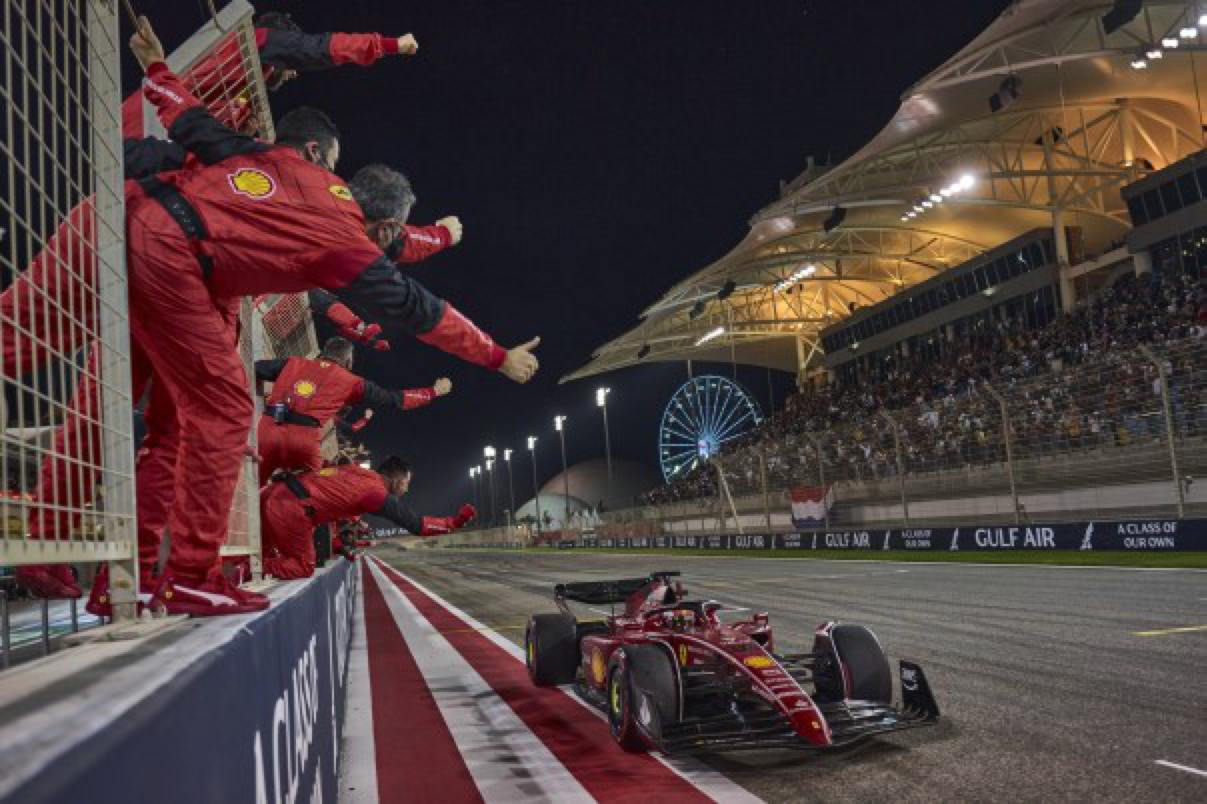 FIORANO,
NOPE, NOT THE CAR, NOT THE TOWN,
THE TEST TRACK!

Enzo Ferrari commonly used the Modena Auto-drome for testing his cars throughout the 1960s, however, with the ever-growing regulations at the Auto-drome hindering Ferrari’s testing, Enzo took the decision to build his own test facility.

It was an idea that would allow Ferrari to extensively test any production or racing models the company conceived, straight from the factory and without disruption. 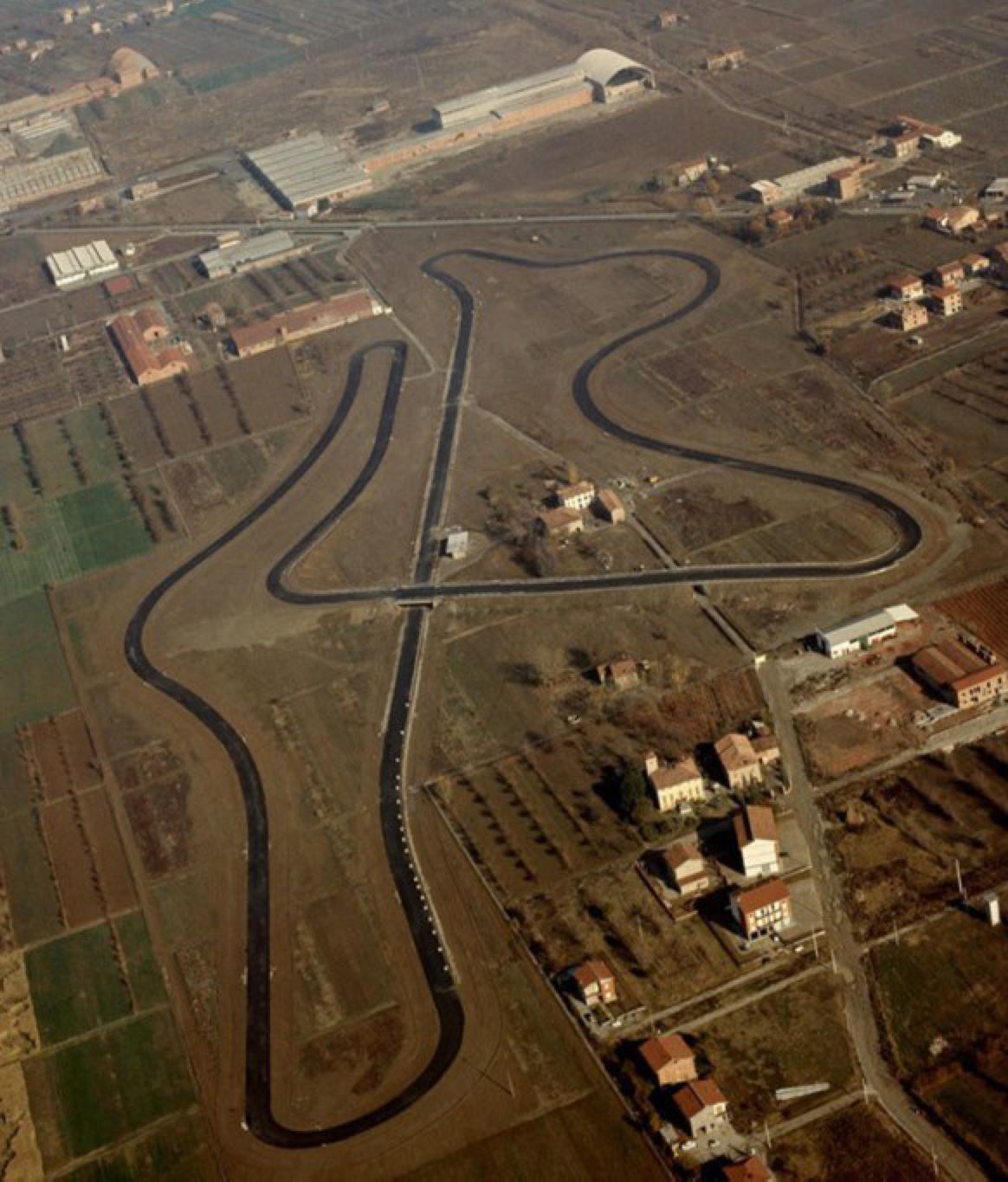 The circuit was constructed on a piece of land already owned by Ferrari, near the factory in Maranello, and adjacent to the town of Fiorano Modenese.

Construction started on the circuit in 1971 and was opened and ready for use on the 8th of April, 1972.

The length of the initial layout was 3 kilometres, with a maximum circuit width 8.40 metres.

The circuit is based on some of the most renowned corners from that period of F1, including the Tarzan corner at Zandvoort, the Brunnchen jump at the Nurburgring and the Gasometer corner from Monaco, more commonly known today as La Rascasse. 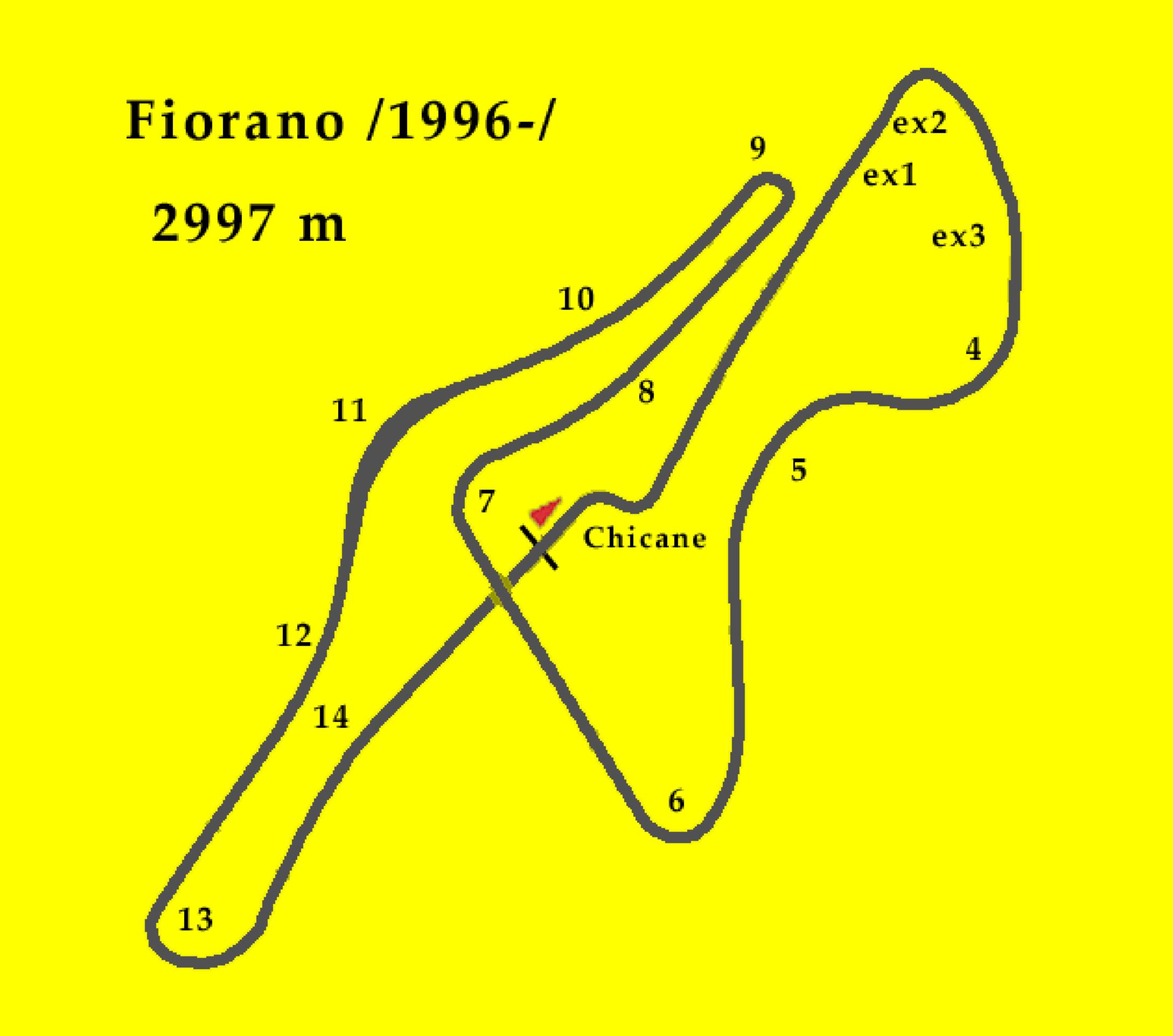 The track stayed relatively the same until the introduction of a chicane in 1992, as well as a chicane in 1996 thanks to the input of then-new Ferrari driver Michael Schumacher. He asked for the use of a possible hairpin upon the circuit’s renovation the same year.

The renovations made in 1996 saw the circuit being shortened by 24 meters to a total length of 2.997 kilometres. A new corner was also introduced during the circuit’s revision, a faster first corner at the end of the pit straight to replace the sharper corner that was originally in place.

In 2001, a skid pan was introduced at the circuit as well as an irrigation system to allow the simulation of a wet circuit and wet tyre testing. Further on-site improvements included the installation of a telemetry system, which allowed for the capturing and recording of data from cars on the circuit.

Thanks to the technical, challenging layout of the circuit, it has also proved valuable to various Ferrari drivers through the years as a practice and testing area for coming seasons. 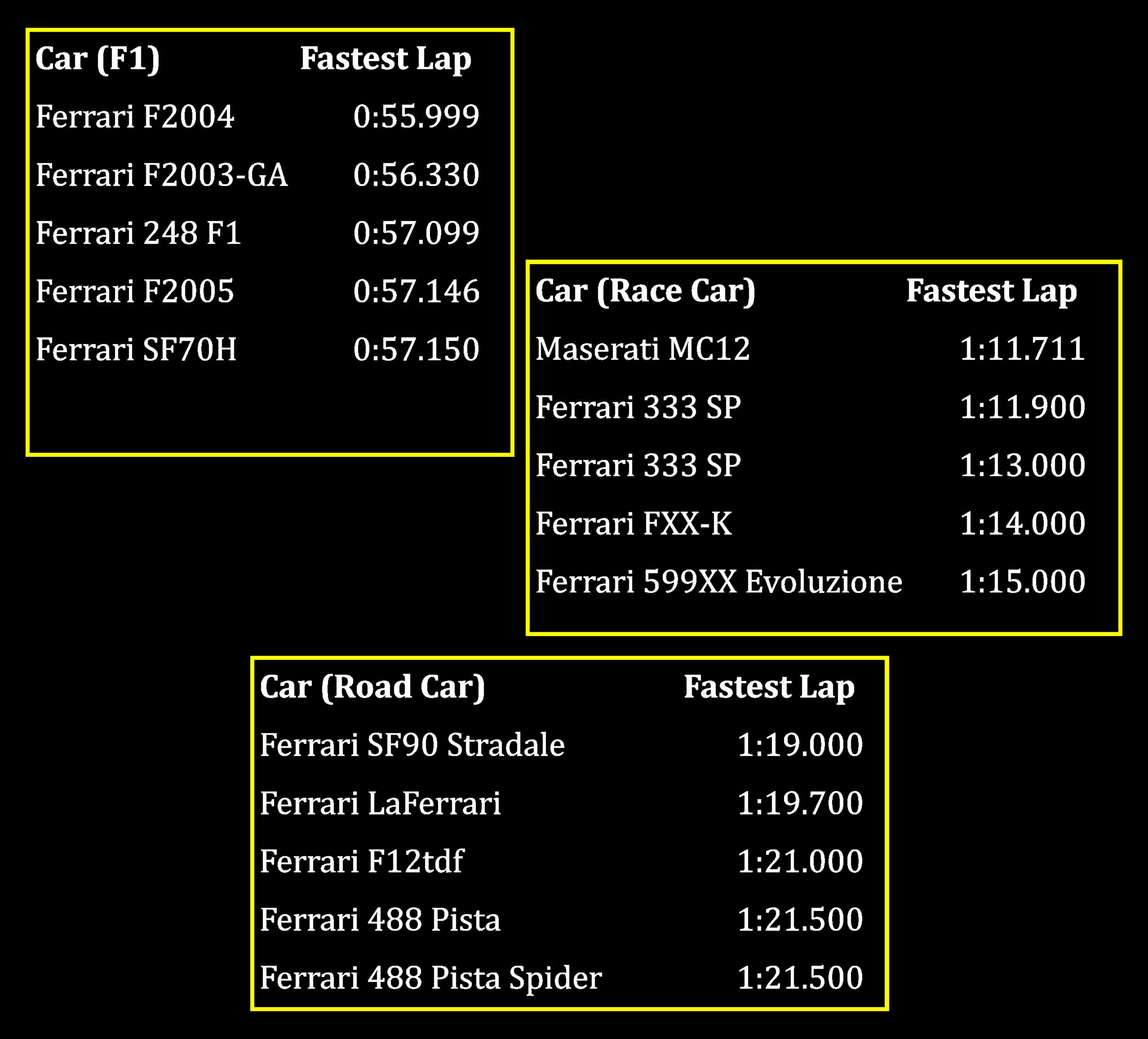 Il Commendatore’s old quarters, a whitewash-walled former farmhouse, sits within the track’s confines, not far from the modern-day pitlane.

Spookily, his old office has been preserved more or less as he left it, right down to the black and white TV he used to watch F1 Grands Prix on when he was no longer able to attend the races in person. 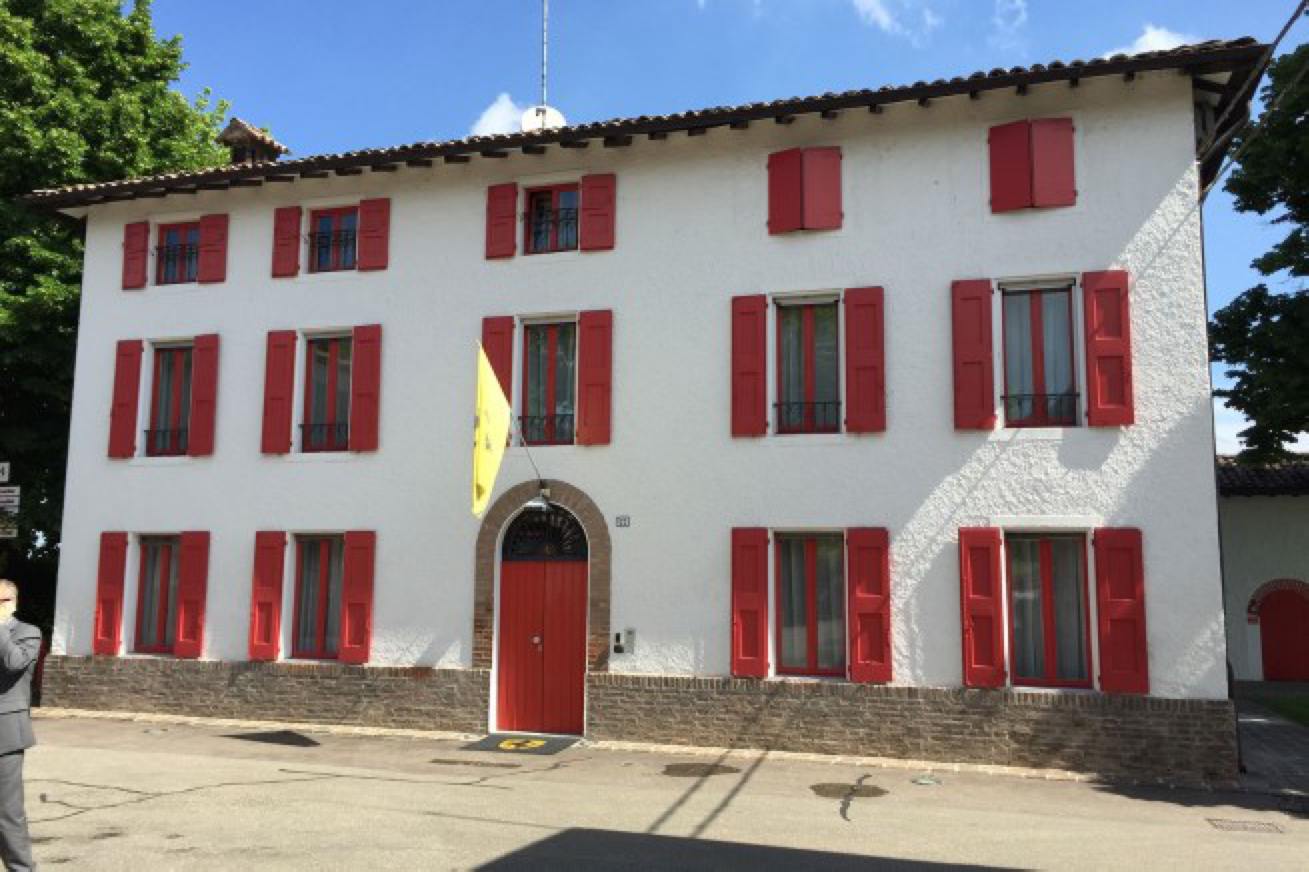 Today, certain valued clients are invited to stay in the house overnight when visiting Ferrari, and well-heeled members of the public can do the same, for a few thousand Euros….. Sacrilege! Seems there’s nothing at modern-day Ferrari that can’t be turned into merchandise, even Old Man Ferrari’s own pad. 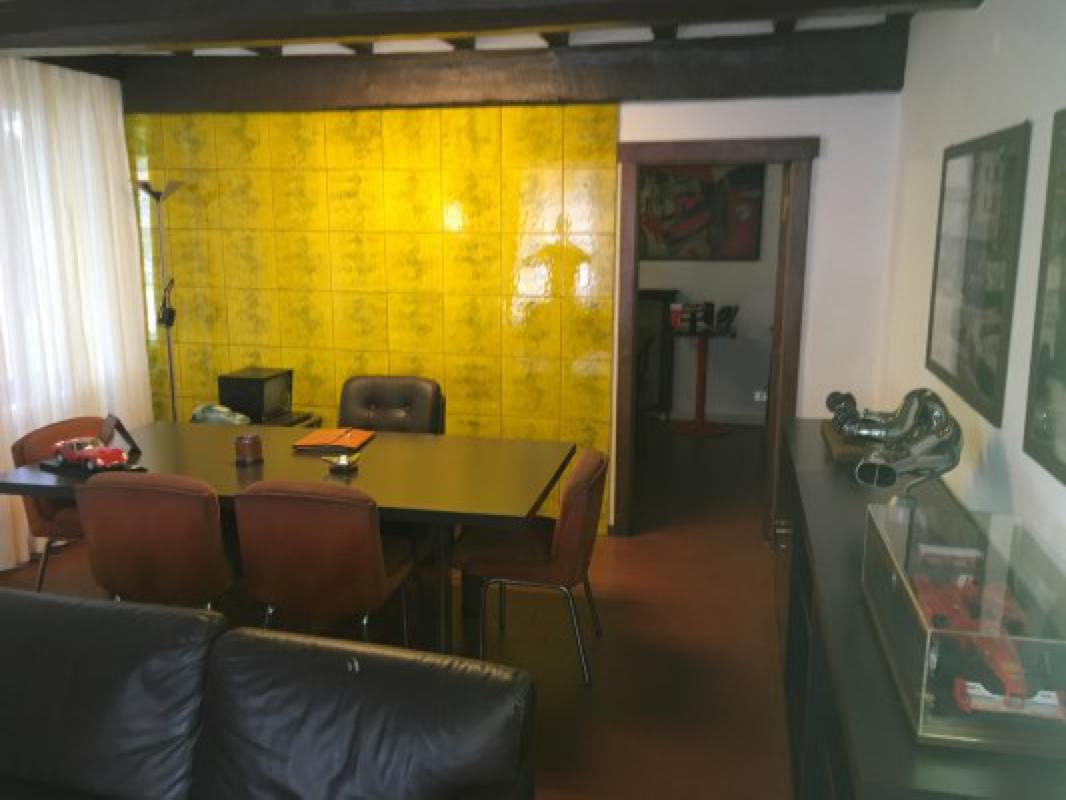 Many of the streets around Ferrari’s base are named after the F1 team’s former drivers. but five-time Ferrari drivers champion, Michael Schumacher, gets an entire Piazza.

It’s the space in front of Enzo’s house, flanked by the red-doored, rustic-bricked farm building used as garages in the ’60s, and a former barn opposite that’s now used as a briefing room for track clients and V.I.P’s.

Back in his days testing for Ferrari, Schumacher used to base himself in Ferrari’s former house, converting the top floor into a gym and reputedly playing football with the mechanics outside in the evenings. 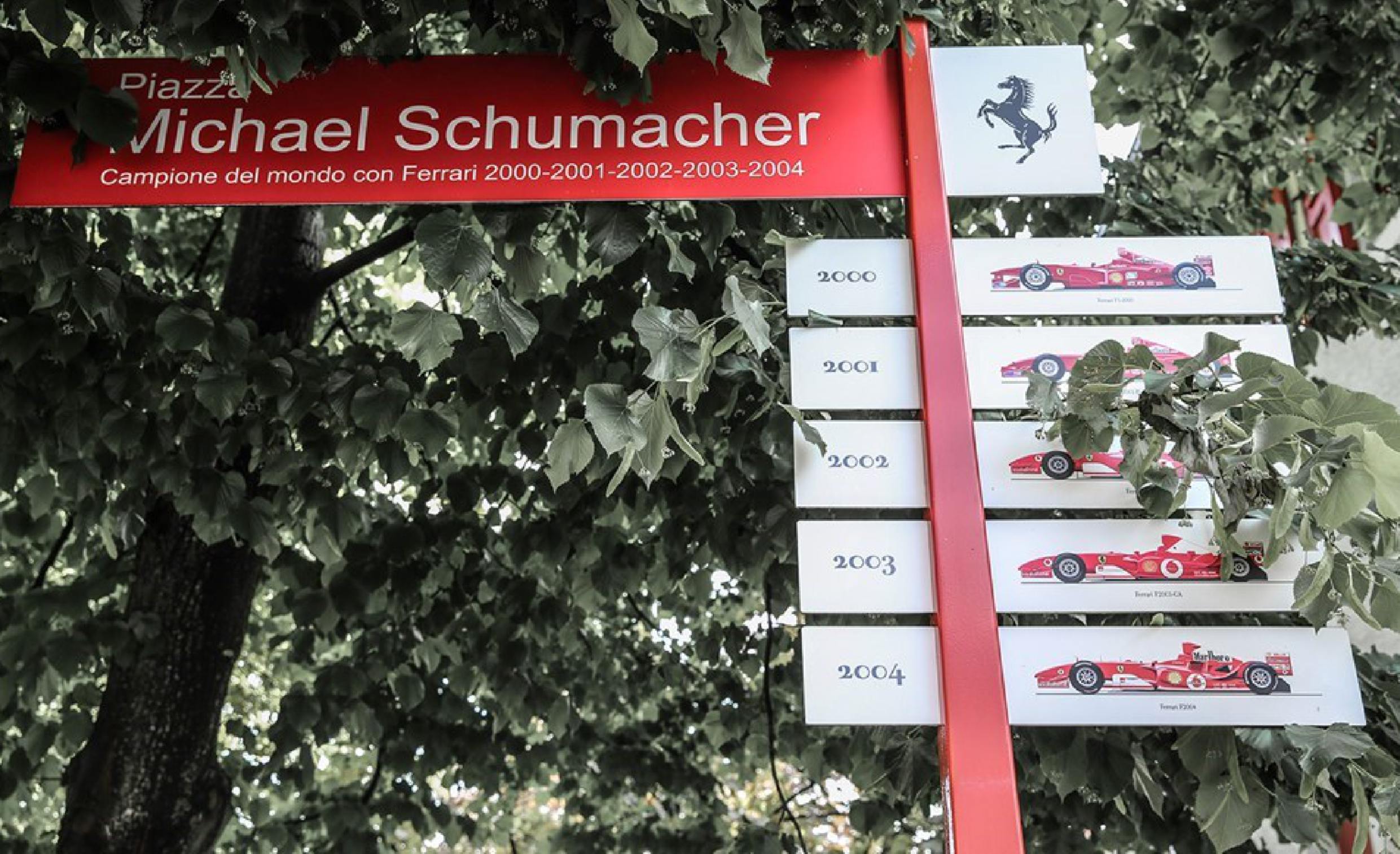 With the circuit being situated right beside Enzo Ferrari’s house, it is well known that, from the construction of the circuit, till his death in 1988, he would often sit in his house or even out by the track to watch and listen to his beloved cars.

The circuit itself is closed to the public, but customers are often invited to test their newly-purchased models on the track. Various Tifosi are also known to watch from the roadside when Ferrari are testing, particularly any F1 testing.

Multiple drivers have expressed their love for the circuit through the years, including Niki Lauda, Gilles Villeneuve and Michael Schumacher, to name a few.

The circuit has seen the debut of many famous names in F1, the latest being Charles LeClerc and Carlos Sainz, as the Fiorano circuit gave them their first taste of F1 with the Scuderia

There are still spaces available for the Finali Mondiali Tour in October.

If you are interested in going, please send an email to: 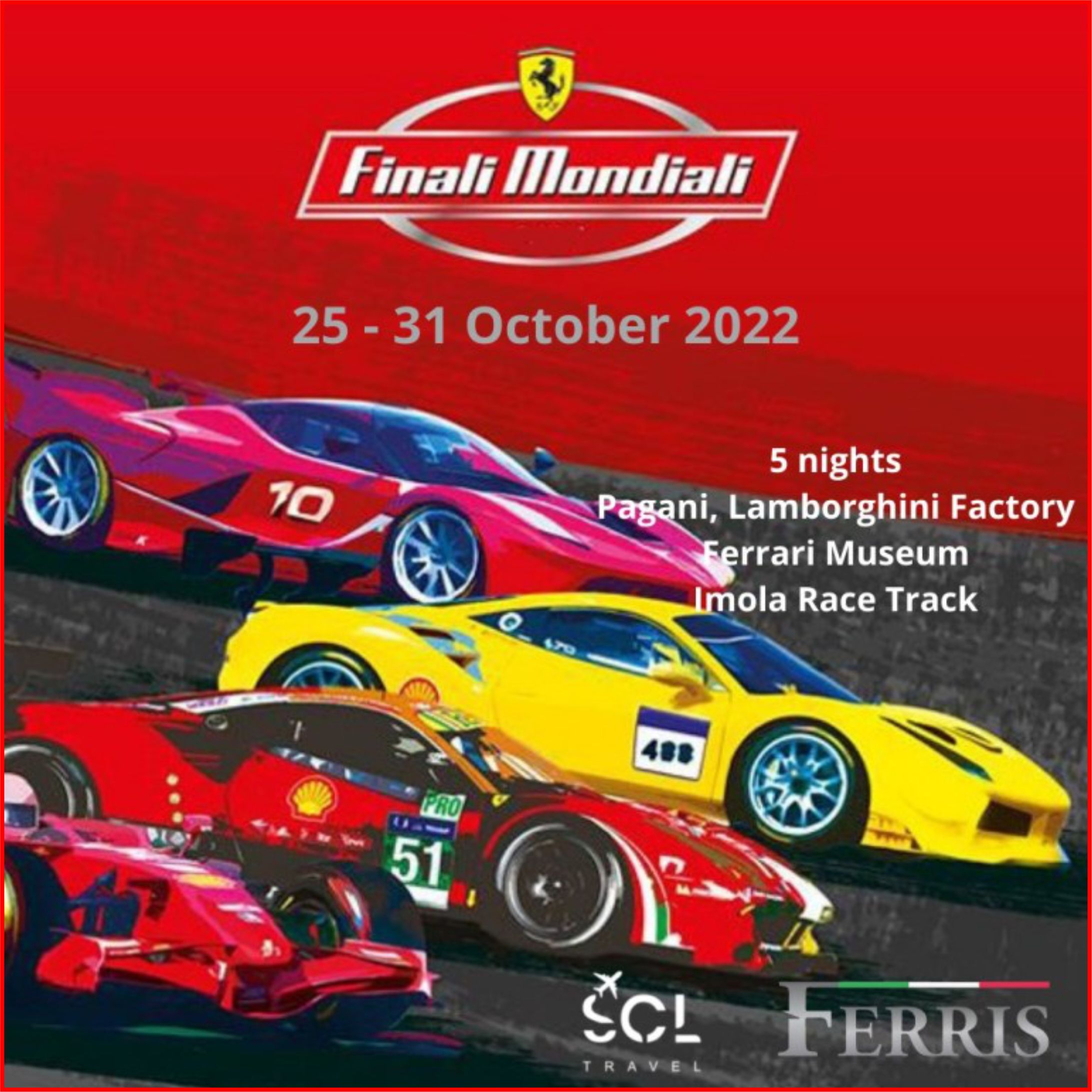