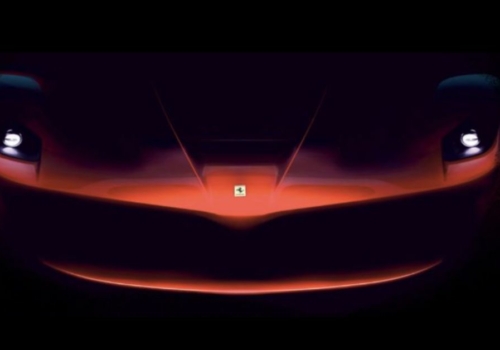 Newsletter 24: FERRARI, THE FUTURE, WHAT TO EXPECT!

These are interesting and exceptional times for all supercar manufacturers.
The political and public persecution of small-volume carmakers with ignorant, broad-brush legislation, threatens to destroy the things we most value about these types of cars. Forcing a company like Ferrari to produce electric cars is pointless and will do absolutely nothing to assist in saving the planet. For one thing, companies like Ferrari only make 10,000 vehicles a year, and 95% of them are, at most, driven a couple of times a month. It is therefore mindless and moronic to force Ferrari, and other small-volume supercar manufacturers, to adhere to EV (Electric Vehicle) regulation.
To put this into perspective, one single cruise liner will produce 10,000 times more harmful greenhouse gases than the entire yearly output of Ferrari, when was the last time anyone heard of the government putting the thumbscrews on the cruise line industry?

What can we expect from Ferrari in the short to medium future?

We recently heard about the 812 Competizione and Aperta, these being the “hot” versions of the 812 and 812 GTS. Rumours abound, as they usually do, that these will be the last of the naturally aspirated V12’s to be produced, but then Ferrari has said that a few times in the past!
Last week, Ferrari announced the 296 GTB, a 3 litre, V6 Hybrid boasting over 800Bhp, the first V6 Ferrari since the 246SP, launched in 1961.

Most of us thought the 296 would be the replacement for the F8 Tributo, but in actual fact, will sit alongside in the model range. The powertrain of the 296 will, of course, replace all the current V8’s and become the standard for new models.

Scheduled for 2022, Ferrari will be launching their “FUV” – Ferrari Utility Vehicle. It’ll be called the Purosangue, which means thoroughbred in Italian. Most Tifosi want to run away and weep at the thought of this vehicle, but it is coming!
Whilst most of us are appalled at the thought of this car, we can at least understand the need for it. People laughed and scoffed at Porsche when they released the Cayenne and then the Macan, but these cars account for over 50% of the company’s sales, and that means more money coming in to spend on other special models. So, let’s not be too hard on the Purosangue, rather than looking at it as an affront to everything we love about Ferrari, we should actually look at it as the cash cow that will enable the company to develop all the cool cars to come.

The above are the new cars we know about, but let’s take an educated guess as to what might be coming in the medium future.
Ferrari’s proven formula would dictate that there will probably be a “hot” version of the F8 Tributo, a Speciale if you like. It would make sense, as the F8 is Ferrari’s swan song and what better way to say goodbye to the V8 era than with a super special version.
Ferrari has stated that there will be a number of Icona models being released in the next few years.
Rumours are also around of ………. wait for it …………. an F40 tribute, yes you read correctly, an F40 tribute. What an absolutely amazing prospect that would be! Of course, you would have to have purchased the first Icona model in order to be eligible for this one!

As if the F40 tribute isn’t exciting enough, when the Icona division was launched to a select group of VIPs, the rumour was that Ferrari would be producing a manual tribute to the 250 GTO.

And now we get to something extremely exciting, – the LaFerrari replacement.
Yes, that’s right, it’s been nearly 10 years since the LaFerrari was launched, and we are expecting to see another super high-end, ridiculously fast Ferrari hypercar in the next 2 years.
2022 is Ferrari’s 75th anniversary, but, there’s an awful lot going on in that year; – so, we can bet that this new LaFerrari replacement will not arrive until at least 2023, or possibly 24.
It will not be fully electric and instead, it will use an evolution of the SF90’s hybrid system, with a V12 generating over 1100 brake horsepower, still be a limited production car, and possibly numbered, so it will be the most exciting Ferrari that’s arrived for nearly a decade.

A few years ago, the possibility of a fully electric Ferrari would have been the stuff of a mad man’s dreams, it was never a possibility, and it was never going to happen, but at the recent AGM, temporary CEO John Elkann, announced that in fact there would be a brand new all-electric Ferrari launched in 2025.
This creates some real problems for Ferrari, not least, the Ferrari sound, which is a bit like the Detroit sound, but a bit louder and more shrieky. The way a Ferrari sounds is sometimes as important if not more so than the way it handles and how fast it goes; – and the march of electricity will rob all of us of the soundtrack of these wonderful cars. Yes, the sound could be synthesized as it is in the Lexus LFA, but honestly, who wants that?

But there is some good news… the LaFerrari and the SF90 powertrain shows that Ferrari can successfully embrace hybridization and electrification. – These are bonkers fast technological marvels, that bring F1 gizmos to the road, and no one can really argue that they aren’t proper Ferrari’s.
The Roma and the forthcoming “hot” Roma’s are usable daily with less emphasis on outright speed and sound, it’s a stealth Ferrari, and one that you won’t care about the mileage. You could hybrid or electrify the Roma, and no one would bat an eyelid.
And the Purosangue, love it or hate it, it’s coming, and it’s coming hard. If you don’t mind the GTC 4 Lusso, then you’re probably more than halfway to accepting the “sang” into your life, and it probably won’t be the huge SUV that we all thought it would be.
So there we are then, a reasonably detailed look at the future of Ferrari.
What can we take away from this?
Well first of all Ferrari is increasing its production to over 10,000 units a year. Get used to it! Over the next 5 years, we’ll see a steady increase to at least 15,000 units.
Second, an all-electric Ferrari is coming in 2025.
Third, Ferrari has no idea how to combat the loss of the Ferrari sound when electric cars come along.
Fourth, there are plenty of exciting models on the way, not least, the new A12 Competizione and the new Icona.
Fifth, V8 cars will be replaced with V6 hybrids, it’s already happening.
And finally, sixth, one would expect synthetic fuel to allow us all to drive our classic Ferrari’s in the future.
With the market at the bottom of the curve, there has never been a better time to pick up a classic Ferrari, in the reasonably secure knowledge that it will increase in value, and you’ll be able to drive and enjoy it for many years to come.

This article was made possible with the kind permission of:
Damian Butt from The Car Guys.
To see the complete video, “The Future of Ferrari,” watch below, and do yourself a favour, and subscribe to their YouTube channel.