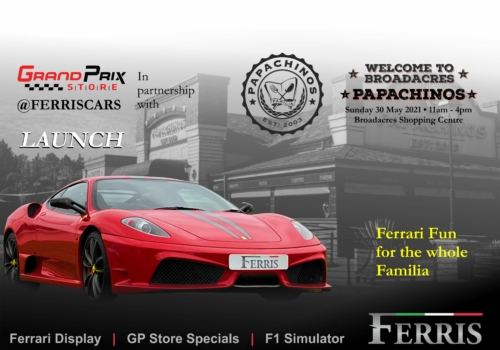 By Dominique MunroMay 21, 2021No Comments

Ferris Cars in proud partnership with the GrandPrix Store and Papachinos Broadacres is bringing you a day of Ferrari Fun for the whole familia!

Great prizes up for grabs! Stand a chance to win: 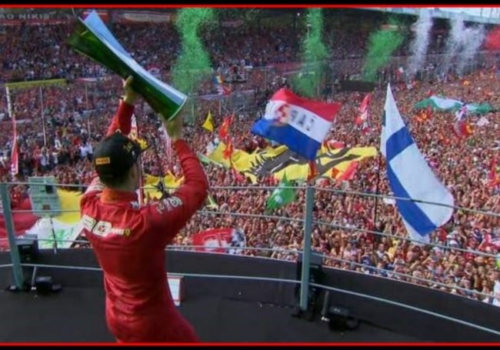 By Dominique MunroMay 3, 2021No Comments

Despite the recent domination of Formula 1 by the Mercedes F1 team and prior to that Red Bull, Ferrari is still the most successful team in F1 history.

Ferrari is the only team to have competed in every Grand Prix since it’s inception in 1950.

In a conversation about Ferrari, both road and track, it is difficult for the hairs on the back of the neck not to stand up, never mind the goosebumps.

Such names as Michael Schumacher, Phil Hill, Juan Manuel Fangio, Jean  Alesi, Nikki Lauda, Gilles Villeneuve, John Surtees, and of course our very own Jody Scheckter, evoke passion and emotion, something that Ferrari was built on by its illustrious founder Enzo back in 1929 when, still under contract to Alfa Romeo, he formed Scuderia Ferrari.

Although Enzo designed and built his first racing car in 1937, it was whilst under contract with Alfa Romeo. It was only once his contractual obligations ended in 1939, that he was able to establish his own company,  Ferrari SpA, however, due to the war effort, he was only able to start producing racing cars from 1946.

Ferrari’s history is not without its sadness however, many lives have been lost in the pursuit of motoring excellence, but despite this, Ferrari has always been the team that everyone wants to drive for.

No other racing team or car manufacturer conjures up the same poignant, fervent, and sometimes obsessive feelings as Ferrari.

Their past is indelibly etched in the history books, and the adoration of many grows stronger as time passes.

Here’s how Ferrari stacks up to the top five  successful F1 teams:

Ferrari fans, collectively known as “The Tifosi,” are passionate about their team, win or lose, the Tifosi are steadfast in their support and adoration of the Scuderia.

Ferrari is a religion in Italy, speaking of which, when Enzo Ferrari had an audience with the Pope, Enzo was not well enough to travel to Rome, so the pontiff went to Enzo! Such was the magnitude, influence, and reputation of the great man and what he has built.

Anyone who owns a Ferrari, supports the team, or collects memorabilia will tell you it is an illness, an indefinable “thing” that draws you in, almost like a  drug, once you have tasted it, you want more. It is no wonder that Ferrari ended up being the Most Successful Formula 1 Team.

Become part of the Tifosi, show your passion and get your fix!

In addition to the great offerings in the GP Store, Ferris have produced a range of kit bags, in canvas or leather, as tributes to some of the legendary names in motorsport such as, Michael Schumacher, Ayrton Senna, etc. 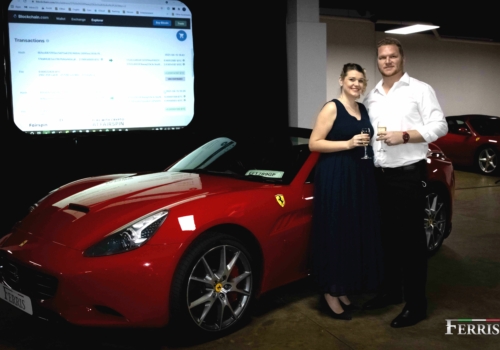 By Dominique MunroApril 26, 2021No Comments

Last week, Thursday 15th, was a historic landmark in the Ferris Cars journey, the official launch party of our Bitcoin enterprise. The event, hosted by Ferris and our Crypto partners AltCoinTrader, was an outstanding success and witnessed the first car sold with bitcoin. Guests also enjoyed a comprehensive rundown of the pros and cons, ins and outs, and procedures for paying with Bitcoin.

We concluded our first Bitcoin purchase on the night, live on screen. In a matter of seconds, and the proud owner (who now holds the title of owning the first Car Sold with Bitcoin), drove his sparkling red Ferrari California away at the end of the event.

The beauty of the system we have implemented is that using this method, clients can buy almost anything with Bitcoin, and other cryptocurrencies, utilising the platform set up for us by AltCoinTrader.

Another benefit is that we can facilitate other dealers who wish to take advantage of the platform (for an agreed commission), to sell vehicles from their own stock.

We are very excited to announce the first GP Store in the Fourways area has opened at the Ferris Cars showroom.

Shirts, caps, watches, jackets, and many other items are in stock, as well as a selection of tribute bags, designed and created to commemorate such great names as Ayrton Senna, Michael Schumacher, and many others.

The GP Store also offers online purchases at: www.grandprixstore.co.za Purchases can be made online and collected from our showroom.

Please feel free to pop in for a coffee and browse the new shop.