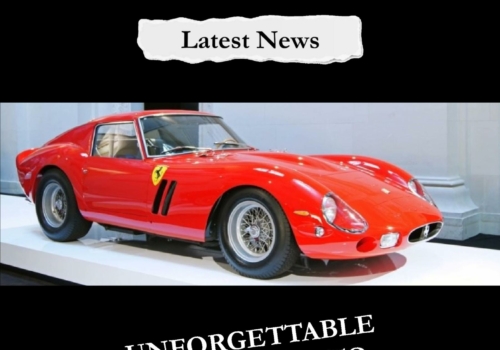 THE MOST EXCLUSIVE CLUB IN THE WORLD!

Here’s a shortlist of some of the owners of the most iconic, expensive and, some say, most beautiful car ever produced, by anyone, ever, in the history of ever, the Ferrari 250 GTO!!

The Ferrari 250 GTO (Gran Turismo Omolegato), entered production in 1962 and was built to race in the Group 3 GT racing series.

The 250 GTO’s racing debut was at the 12 Hours of Sebring in 1962, where it was driven by American Phil Hill and Belgian driver Olivier Genderbent.

Over the three years it competed, the 250 GTO built up an impressive racing career and won numerous races. Because of its successful racing career, although short, and the limited production numbers, the 250 GTO has grown in popularity among Ferrari collectors circles over the years, and its price has increased exponentially.

The highest price paid for one of these cars is $70 million, in a private sale in 2018.

Perhaps the most well-known owner on this list is fashion designer Ralph Lauren.

Lauren started his career as a salesman for a Tie company and started the Ralph Lauren Corporation in 1967 selling, you guessed it, ties.

Over the years he has built up, not only a worldwide fashion empire but also an Impressive supercar collection worth approximately $350 million and consisting of cars such as a 1959 Ferrari TR, Three 1996 McLaren f1s, a Mercedes 300sl Gullwing and a Bugatti type 57s C Atlantic.

In 2017 Ralph Lauren used his cars as a backdrop for his winter fashion show. 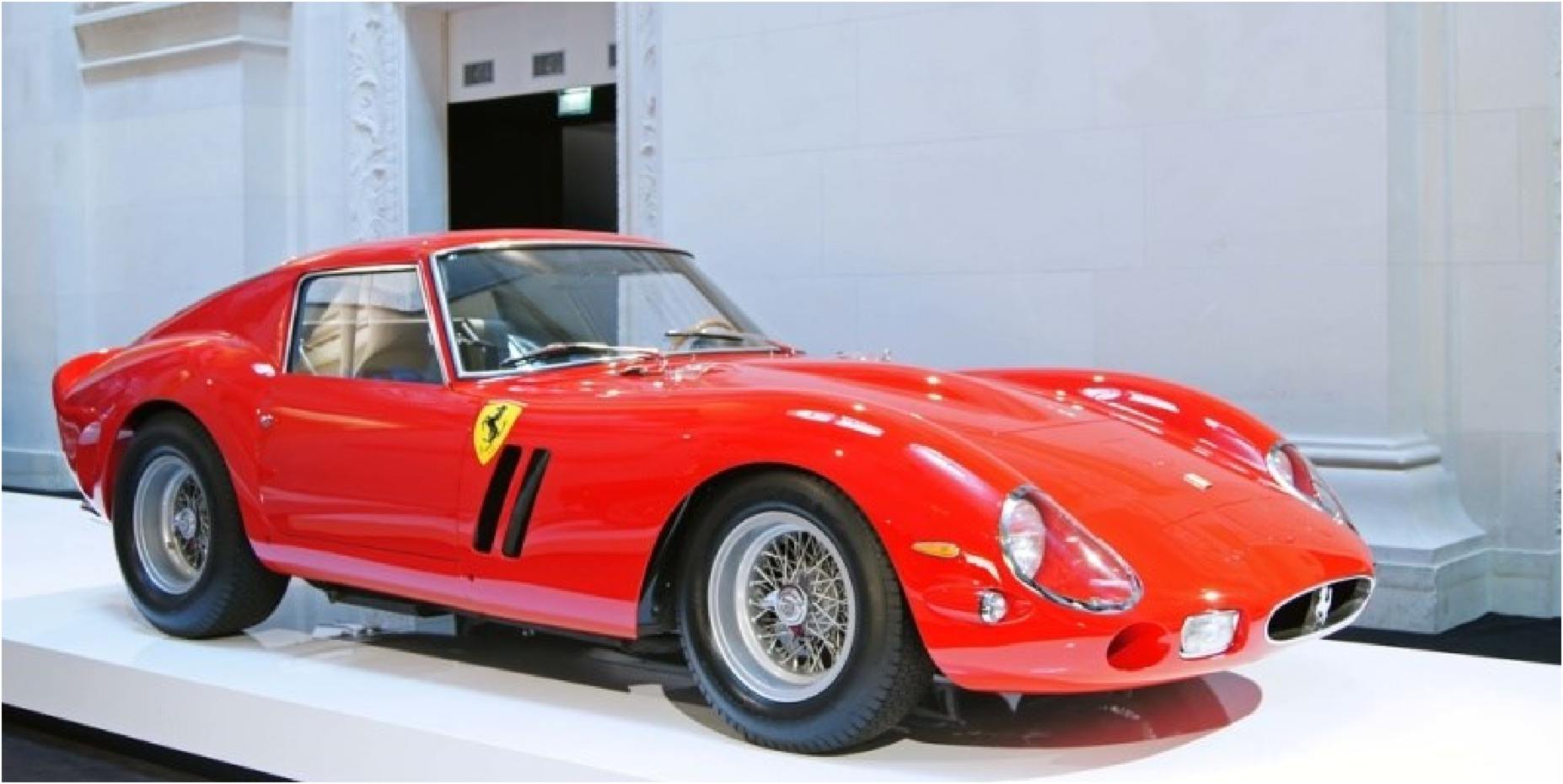 Continuing with the fashion theme, Lawrence Stroll built up his fortune by bringing such fashion brands as, Pierre Cardin, Ralph Lauren and Michael Kors, to Canada.

Stroll also owns an extensive Ferrari collection but that wasn’t enough for him, so he also bought a Ferrari dealership in Quebec, Canada.

Moving on the other side of the big pond, this 250 GTO, Chassis3767gt, is painted in a distinct BP green and was owned by British Formula 1 driver, David Piper.

In 1974 this car was acquired by Anthony Bamford, and he is the owner to this day.

Mr Bamford wasn’t satisfied with just owning one 250 GTO, like everyone else, so he also bought chassis number 4399 GT. Nothing cooler, in the Ferrari collectors world than owning two 250 GTO’s.

Anthony Bamford is the Chairman of JCB, one of the world’s largest Earthmoving and Plant businesses. 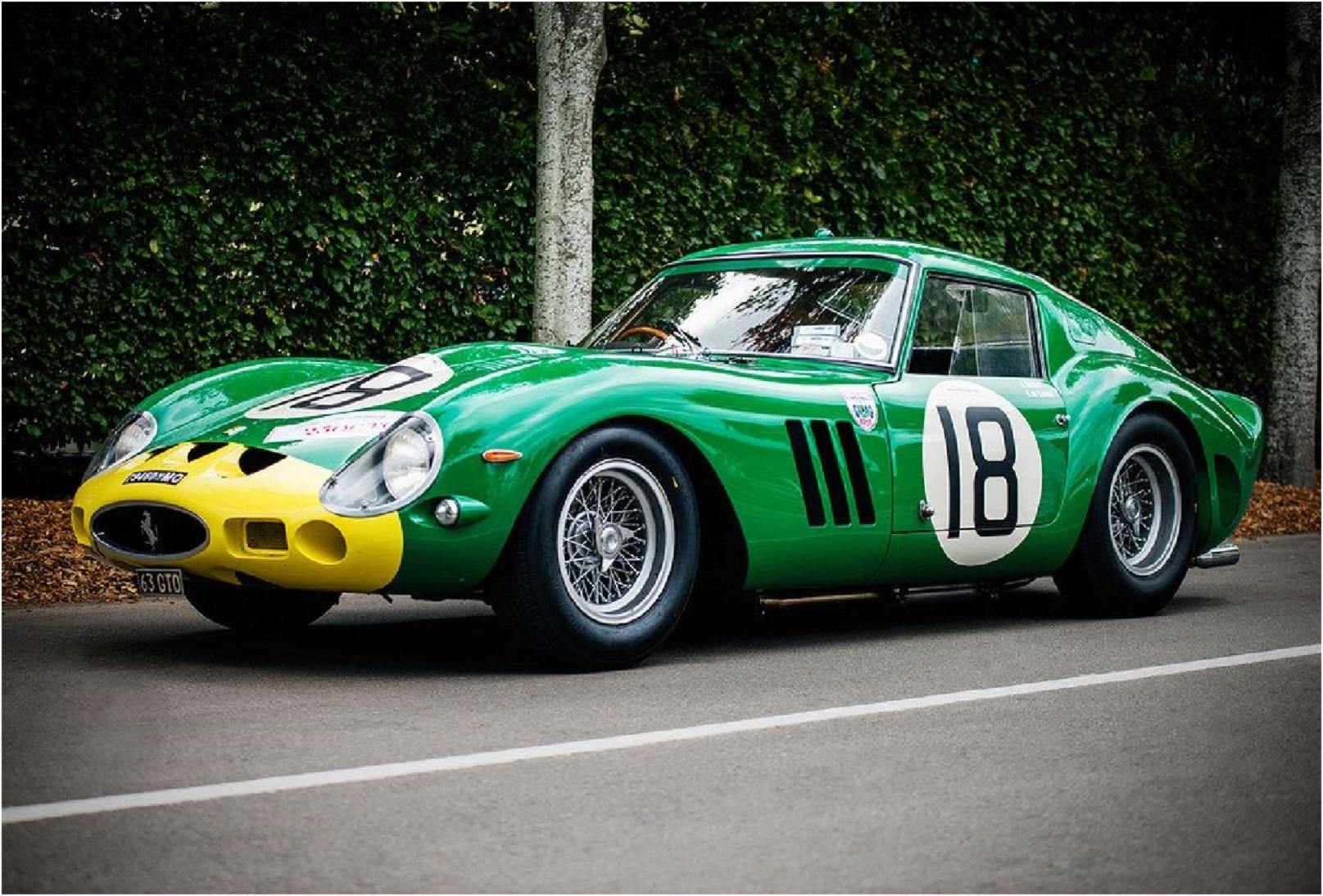 This 250 GTO is owned by Samuel Robson Walton the heir to the Walmart fortune, the largest retailer in the world, with a net worth of 52.9 billion dollars. he’s the wealthiest 250 GTO owner on the list. Chassis 3647GT is owned by James McNeill jr. If you have never heard of him, that’s because not much is known about him, other than the fact that he has owned his car since 1967 and is the longest consecutive owner on this list.

His wife, Lulu Lang has her own 250 GTO, Chassis 3769gt, imagine the brownie points he scored when he presented her with her own GTO! 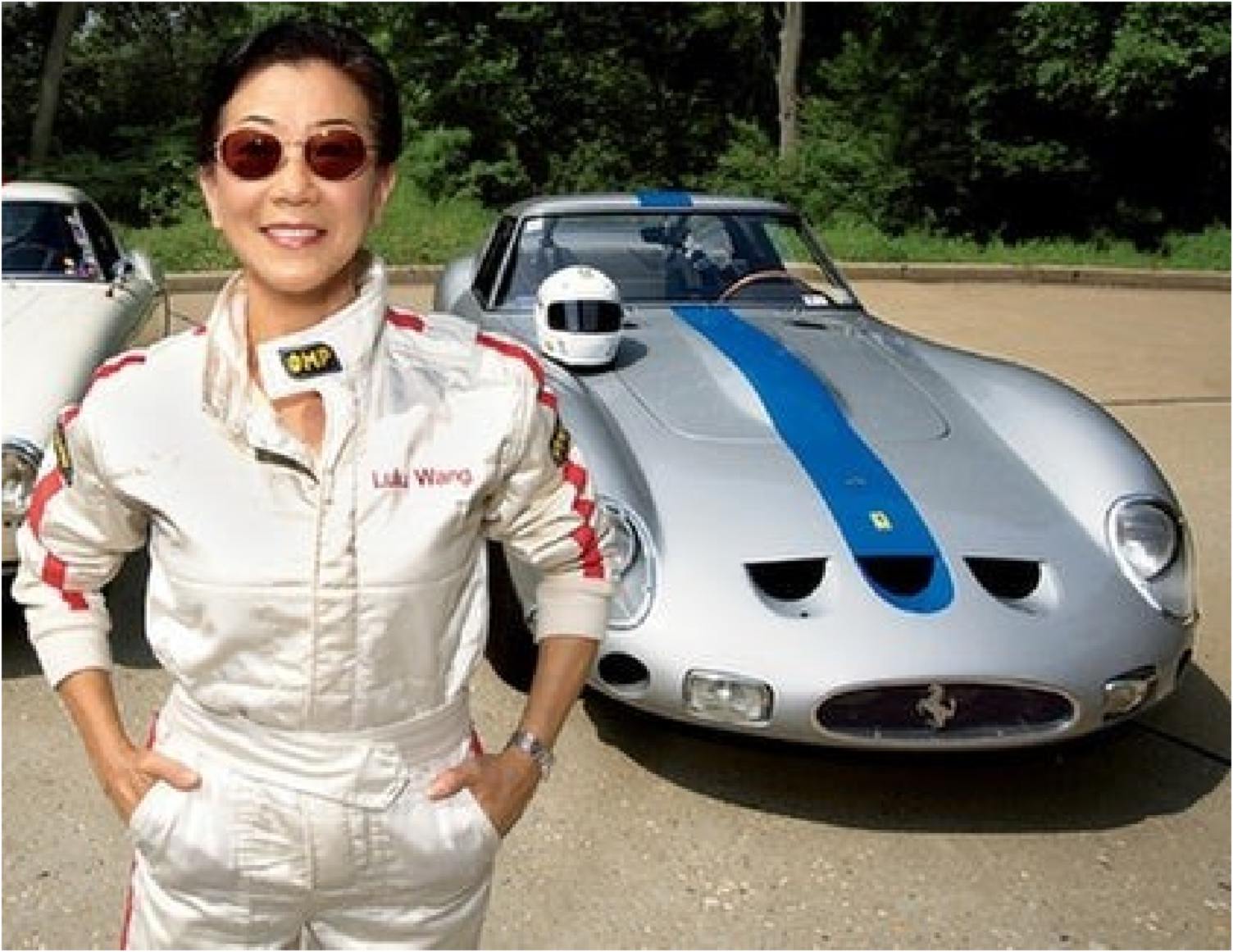 American businessman and entrepreneur, Craig McCaw. He made $2 billion when he sold his cellular telephone industry company to AT&T and made headlines, immediately afterwards, when he had to give $460 million of this money to his wife as a divorce settlement. At the time it was the most expensive divorce pay-out in American history. McCaw’s GTO was originally made for British Formula One racing legend, Sir Stirling Moss and is highly praised by collectors, for its racing history as well as the special lime-green colour. 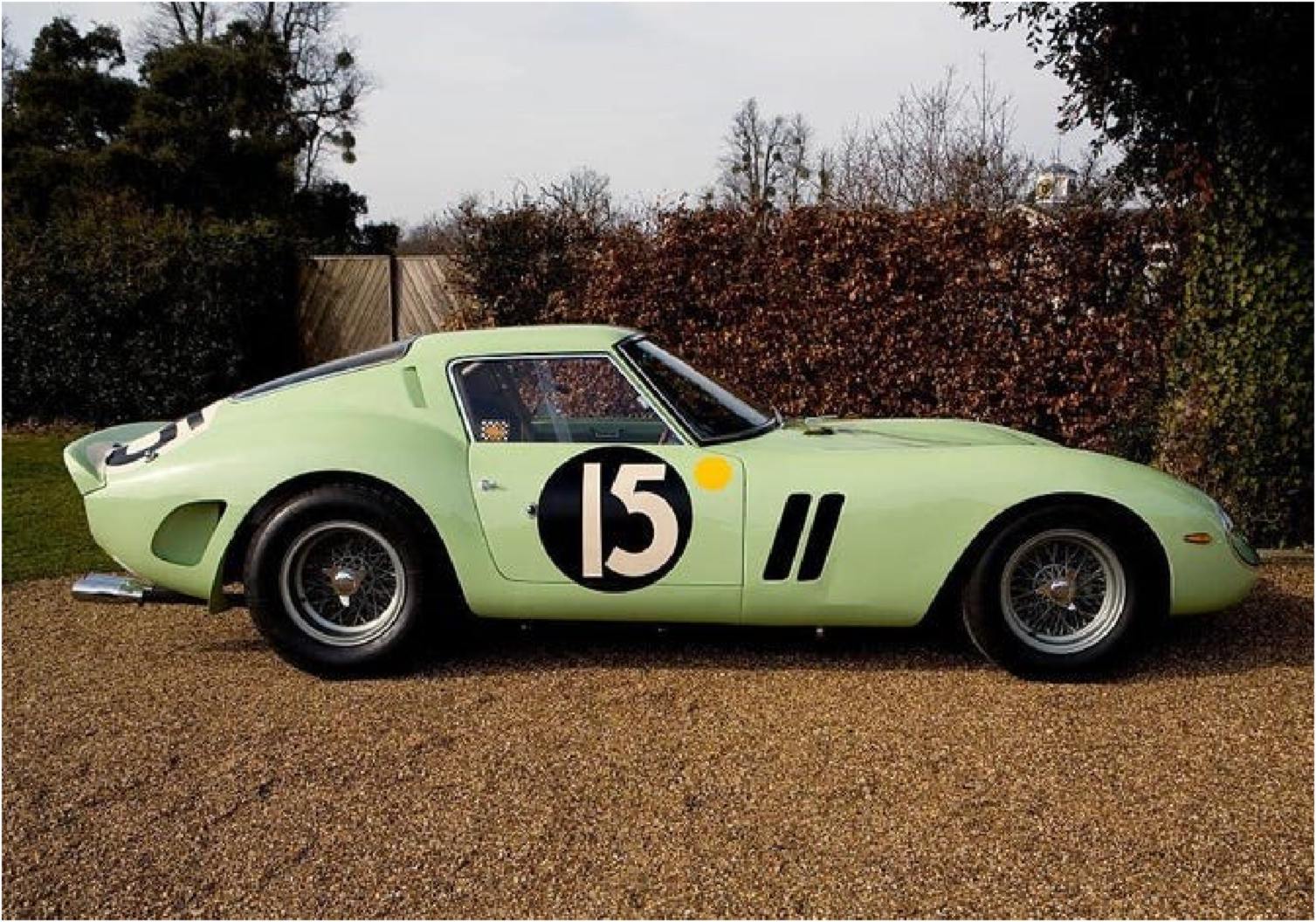 And finally, perhaps the most famous owner on the list and avid car collector, Pink Floyd drummer, Nick Mason.

Nick, along with his bandmates has become one of the world’s most successful, most influential and well-known rock bands in the history of music.

Nick purchased his GTO in 1977, for the princely sum of £37,000. He frequently races it at classic races, impressive considering he is well into his 70s, and still uses the car as it was meant to be! 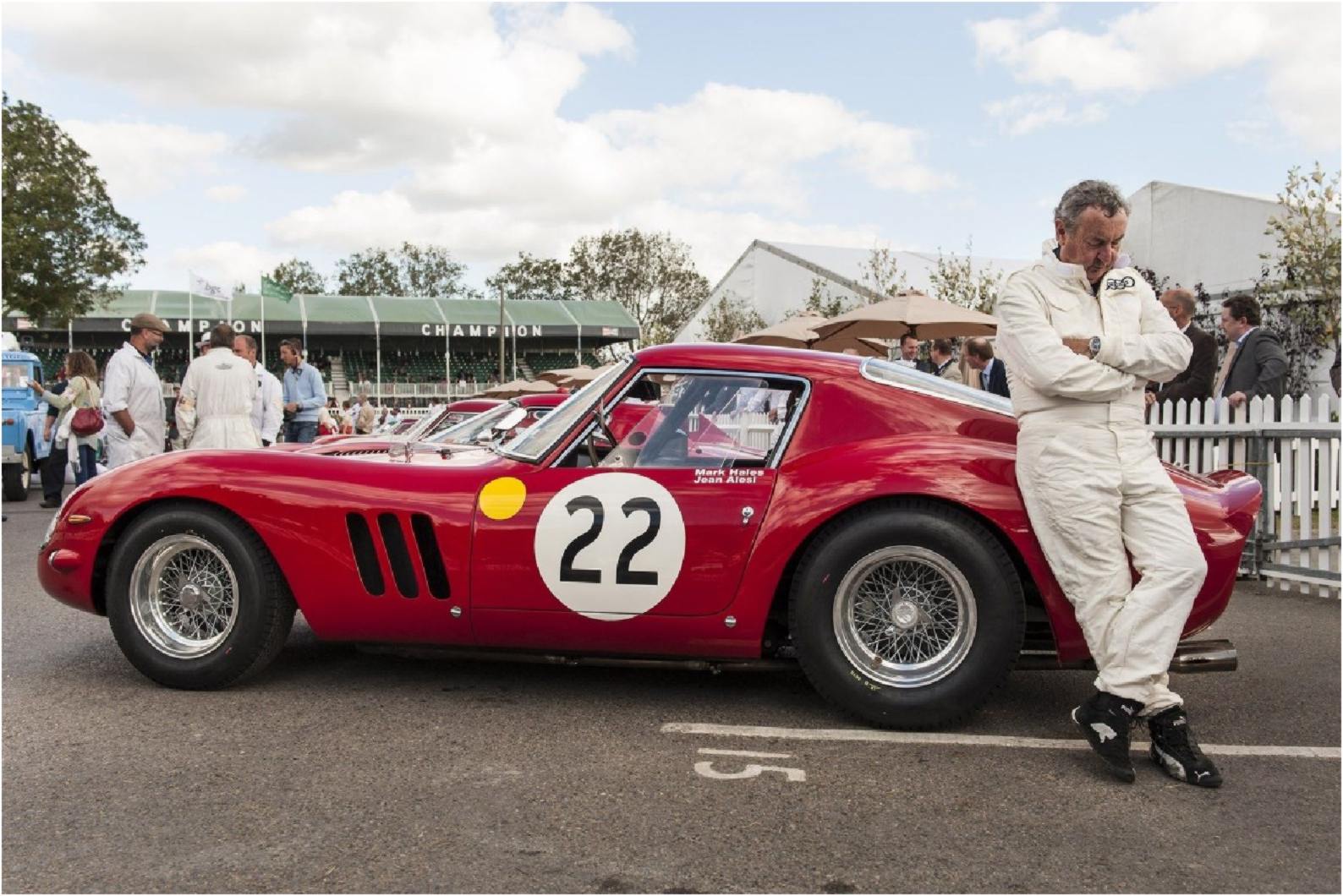 If you are enjoying this newsletter you can read about The Ferrari 250 Gt Lusso, here.

A new podcast from the man, the myth, the legend,

Join us every week as Sasha brings you face to face with South Africa’s most historically significant, famous, and collectable cars, brands, and personalities.

Brought to you by Ferris Cars and Altcoin Trader.

Preferably Ferrari but we do other marques as well.