Newsletter 47: ALL ABOUT THE FERRARI CALIFORNIA! 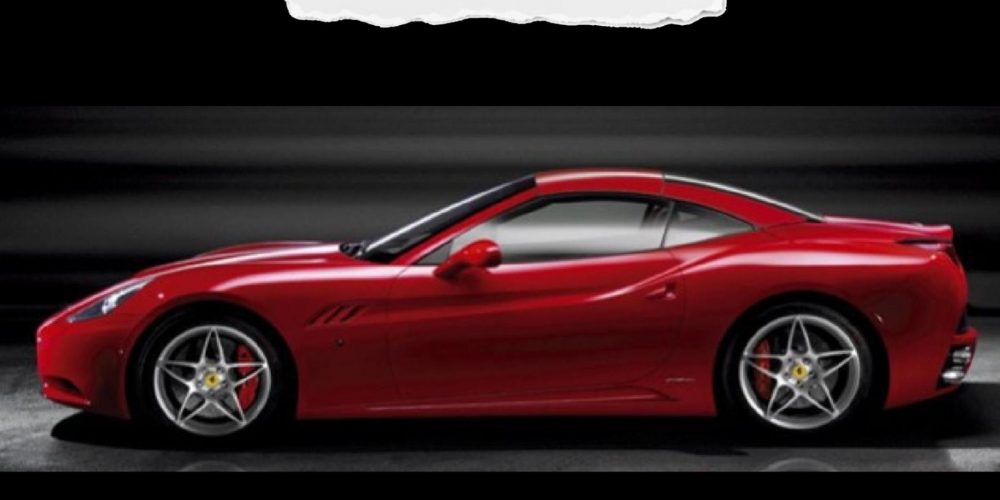 LIKE KIM KARDASHIAN AFTER A VISIT TO THE PIE SHOP!

At the time of its launch, Enzo Ferrari would have probably been turning in his grave at the thought of his beloved company offering a practical, easy to drive cruiser and supercar all rolled into one!
So, can the California be a convertible, a gran tourer and a supercar, and still be a proper Ferrari?
Well for starters, it displays all that grace and poise a Ferrari should, before a wheel has even turned. This is Ferrari’s first-ever hardtop convertible and its “folding swan” routine is the most elegant one out there!
It may disappear beautifully but it does reveal something slightly less dainty. Some might think, it’s got a backside like Kim Kardashian after a visit to a pie shop, and no amount of designer lines can disguise the fact that with such bulk comes weight, 200 kilograms more than the f430, and more even than the bigger 599 GTB.
This car needs to have a pretty amazing engine to shift it …………..and it does!

It’s the first fuel-injected, front-engine, v8 Ferrari ever. It’s got a really broad powerband so it is incredibly user-friendly. It marked the start of the company’s commitment to reduce emissions, the co2 output is a new company low of 305 grams per kilometre with an average of 12.5 L/100 which is not too shabby figures for a supercar, but the only figure you really want to know is this one, 0 – 100 in under 4 seconds, so any worries about a lardy back-end will literally be left behind. The lightning-fast twin-clutch, the seven-speed gearbox was a first for a Ferrari road car. Keep your foot down through the gears and you’ll see 310Kmh, very, very quickly. If you’re not in the mood to attack, attack, attack, then just drop the pace a little and enjoy the California as a cruiser, it’ll pooter along and 130 – 140Kmh quite happily, proving that it is a very capable Grand Tourer. 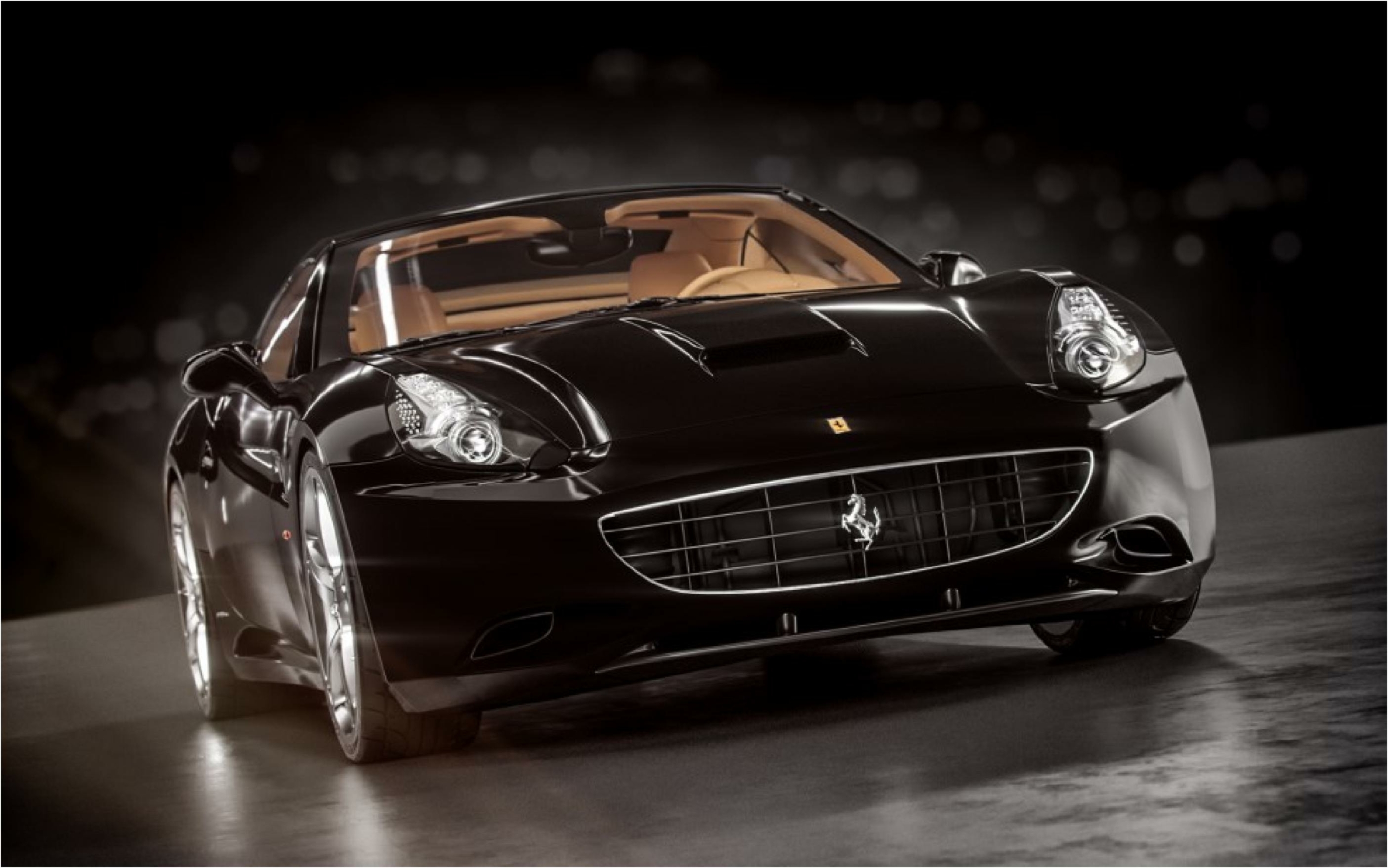 When launched, the California was more expensive than competitors like the Bentley Continental GT and the Mercedes SL63 AMG, but what you don’t get with the Merc and Bentley is firstly, value, the Merc and the Bentley are worth half the Cali price now, and secondly, something that’s in abundance with the Cali, sexiness! This car makes you feel like a million dollars! Inside it’s a sumptuous mix of stitched leather and aluminium, but good money’s also been spent on the more practical areas like the electrically adjustable steering column and beautifully sculptured and supportive seats. 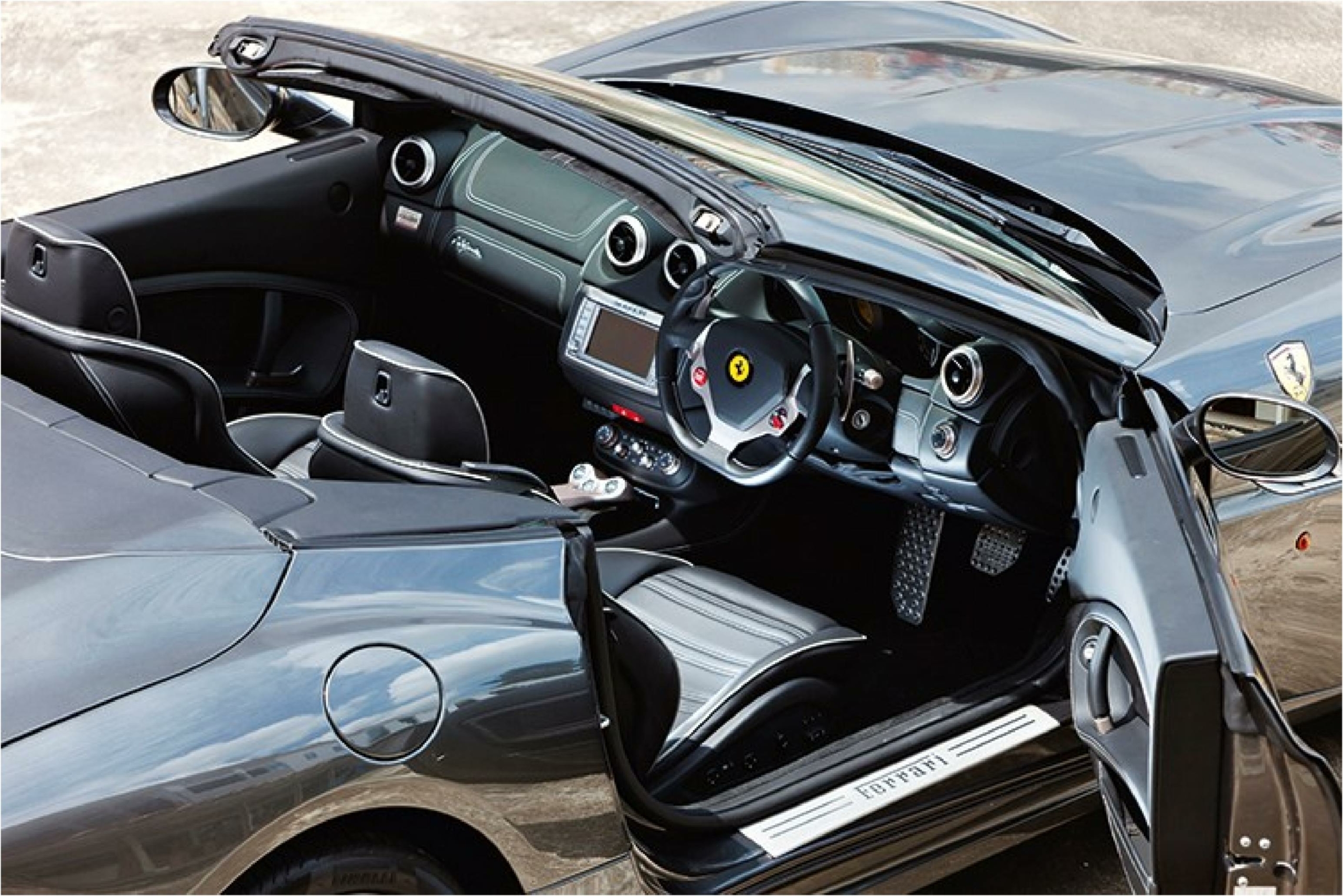 So far we know the California is at least two Ferraris rolled into one, within 14 seconds it transforms from a convertible into a hardtop coupe. Flip the little manettino switch on the steering wheel, that controls the gearbox, traction control and suspension the car becomes a legitimate supercar. It’s got great balance because of its weight distribution, almost 50/50 between the front and rear end, and that equals great handling. Pick a corner, turn in, bury the throttle and that voluptuous derriere is all yours to play with. Amazingly, the California doesn’t feel overweight at all. It may lack the intensity and feedback of an F430, but it has so much more to offer.
The California is the most user-friendly way of indulging in the Ferrari spirit……………….ever! 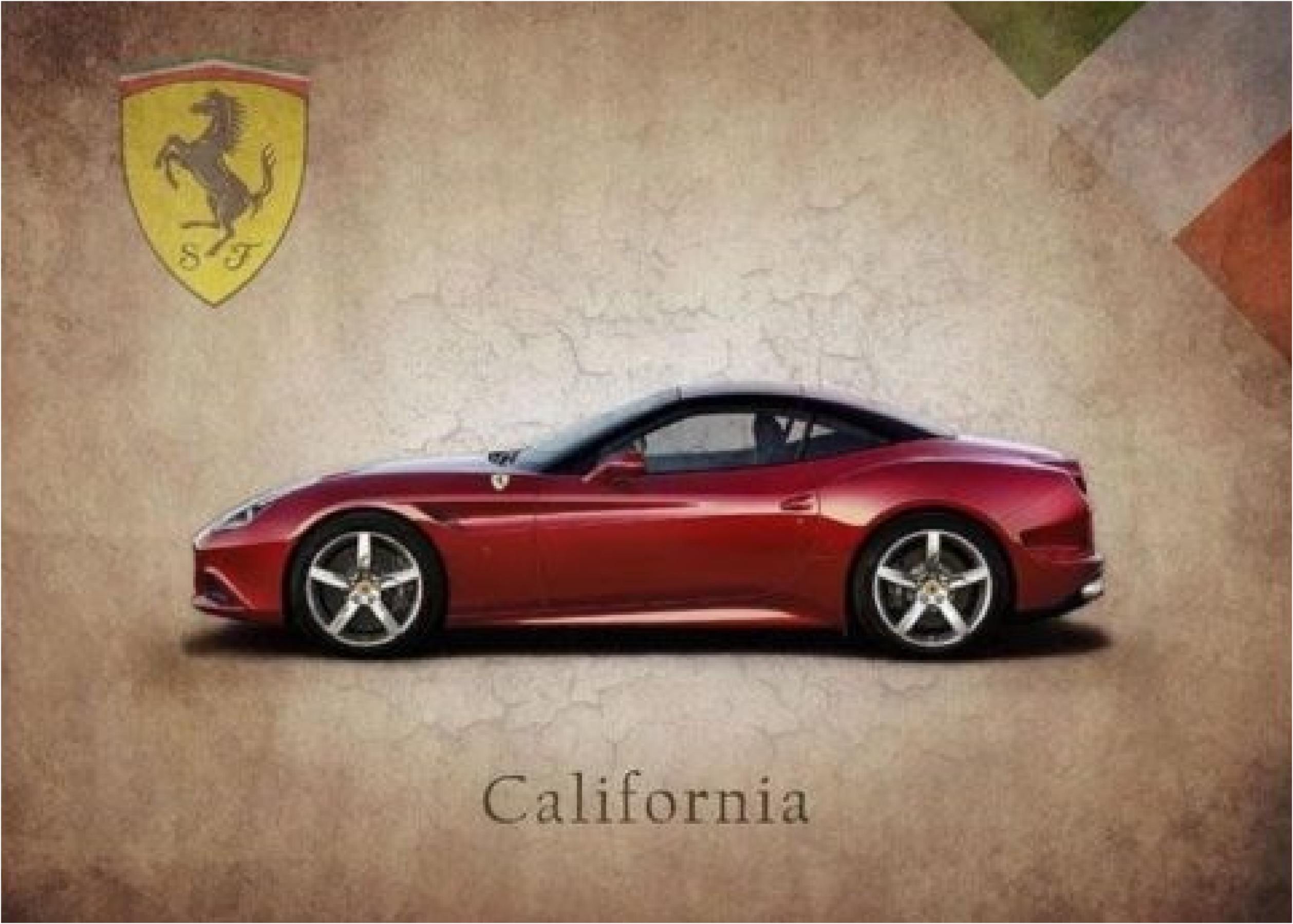